A big theme of 2017 may have been evolution, but according to eWeek, the theme of 2018 is implementation. High-bandwidth applications have become an engrained part of our day-to-day lives. Just last year, we witnessed augmented reality, increased deployment of software-defined networking (SDN) and new 400G technologies. As the usage of these applications and technologies grow, so does the need for an adaptive network.

First off, what is an adaptive network? It’s a network that can provide the necessary bandwidth for high-priority, mission-critical applications and connections. In or 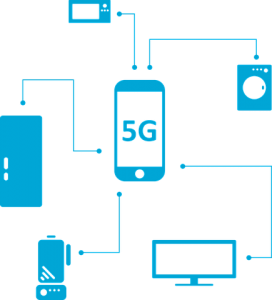 der for network operators to keep up with the innovations in 2018, Steve Alexander, Chief Technology Officer at Ciena, provided five mandates that should be followed.

All Roads Lead to 5G

5G is poised to change everything from music to medicine, according to Ericsson. The next-generation technology will have a hand in smart cities, robots and more and will impact the end-users experience differently than today’s networks. It’s no wonder that Alexander makes a point to jump onto the 5G bandwagon.

Data that’s in-transit is more at risk than data that isn’t. When data is constantly moving between data centers, Alexandar notes that, “encrypting sensitive data while in transit is essential to an overall data security strategy.” So, take flight with your data to keep your networks secure.

It’s no surprise that a priority should be to reduce operating costs, but addressing them in an energy-efficient way, might be. However, Alexandar makes it known that it is imperative and can include things such as the routers and switches themselves, which have the opportunity to consume half the energy than their legacy counterparts.

Say it with us – open, software-defined networks. In order to leverage APIs and hardware, you must be open. The traditional rip-and-replace method becomes costly, time-consuming and unnecessary. Here’s why – “the rise of virtualized network function (VNF) ecosystems means networks can adapt quicker,” stated Alexander.

The end user wants more. How are they going to get it? With a network that can adapt to such demands and on an ongoing basis, not days or months later. The last point that Steve Alexander drives home is this, “The race to the adaptive network brings a once in a lifetime opportunity for network operators. The next-network will grow smarter, be more agile, and be far more responsive in anticipating and reacting to the voracious appetite for bandwidth of our increasingly demanding customer population.” 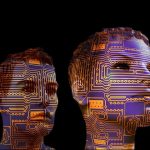 The Implications Artificial Intelligence (AI) Will Have on UtilitiesBlog 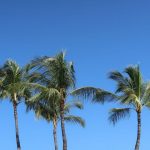 Exciting Updates for 2018 and Beyond – Watch Our Latest Video InterviewBlog